In exercise of power conferred by section 119 of the Income-tax Act (‘the Act’), the Central Board of Direct Taxes (CBDT) hereby extends the due date for obtaining and furnishing of the report of audit under section 44AB of the Act for Assessment Year 2014-15 in case of assessees who are not required to furnish report under section 92E of the Act from 30th day of September, 2014 to 30th November, 2014.


Copy to:-
(i) The Chairman (CBDT), All Members, Central Board of Direct Taxes for
information.
(ii) All Cadre Controlling Pr. Chief Commissioners of Income-tax with a request to
circulate amongst all officers in their regions/charges.
(iii) The Pr. Director General of Income Tax (Admn.) Mayur Bhawan, New Delhi.
(iv) The Director General of Income Tax (Systems) with a request for uploading it on the
Departmental website.
(v) Commissioner of Income Tax (M&TP), CBDT.
(J.Saravanan)
Under Secretary (TPL-III)
Share !

Representation made by ICAI with respect to new formats of Form No.3CA/3CB and 3CD.

The new formats of tax audit reports namely Form No.3CA, 3CB and 3CD have been notified through Notification no. 33/2014 on 25/7/2014 with immediate effect. With regard to the same, certain genuine concerns were raised by the members, which, ICAI has, through a representation dated 07.08.2014, brought to the notice of the Hon’ble Finance Minister, Revenue Secretary, and Chairman CBDT for appropriate action at their end. Also, certain preliminary observations on the new forms have been shared with them.
For the reasons mentioned in detail in the representation and summarized below, ICAI has suggested:
The new formats of tax audit reports be made effective from the Assessment Year 2015-16 and not Assessment Year 2014-15. Alternatively, the due date for furnishing tax audit reports for the Assessment Year 2014-15 may be extended to 30th November, 2014
It has also been suggested that appropriate clarification be issued with regard to the position of the tax audit reports e-filed during 01.04.2014 to 24.07.2014 relating to Assessment Year 2014-15.
Reasons given in brief:
a) The Internationally accepted Standard on Auditing-700 has not been considered. b) The audit of 50% of the taxpayers like listed companies, PSUs, Banks, Insurance Companies have already been completed and the financial statements are published. Only, the audit reports are pending for uploading in the e-filing portal. c) The notification has been issued just two months before the last date of furnishing tax audit report and the schema for the same is not yet made available. This will cause undue hardship to both the taxpayer and the auditors. 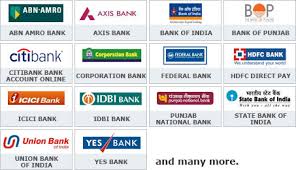 Income tax department have announced that now assesses can e-file their returns directly from their net banking account. following banks have given link as on 14/08/2014

The result of the Chartered Accountants Intermediate (IPC) Examination held in May/June, 2014 are likely to be declared on Thursday, the 21st August, 2014 around 4.00 P.M. and the same as well as the merit list (candidates securing a minimum of 55% and above marks and upto the maximum of 50th Rank on all India basis will be available on the following website:
http://www.caresults.nic.in
Arrangements have also been made for the candidates desirous of having results on their e-mail addresses to pre-register their requests at the above website, i.e., http://www.caresults.nic.in from 14th August, 2014. All those registering their requests will be provided their results through e-mail on the e-mail addresses registered as above immediately after the declaration of the result.
In addition to above, it may be noted that for accessing the result at the above website i.e. http://www.caresults.nic.in the candidate shall have to enter his registration no. and/or PIN no. alongwith his roll number.
Further facilities have been made for candidates of Intermediate (IPC) Examination held in May/June, 2014 desirous of knowing their results with marks on SMS. The service will be available through India Times.
For getting results through SMS candidates should type:
(i) for Intermediate (IPC) Examination result the following
CAINTER(Space)XXXXXX (where XXXXXX is the six digit Intermediate (IPC)
Examination roll number of the candidate)
e.g. CAINTER 002971
and send the message to
58888 - for all mobile services - India Times

One Time Opportunity for Defaulting Companies and Its Directors
Companies Who Have Not Filed Their Annual Reports, Financial Statements and Related Documents Due For Filing on Or Before 30/06/2014 Can File These Documents Before 15/10/2014 And Avail Of The Following
Related Notification is as follows :-

What ? Why? How? Where? Permanent Account Number ( PAN) a unique 10 Alphanumeric number

Simple Interest is levied on Late Payment of Service Tax and the Interest Rates with effect from 1st April 2011 vide Notification No. 14/2011 – Service Tax dated 1st March 2011 is as follows:-

BUDGET 2014: INCREASE IN INTEREST ON LATE PAYMENT OF SERVICE TAX 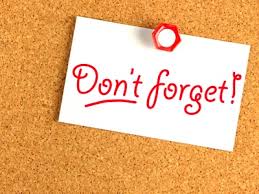 Service tax payment due date
From the above it is clear that it is beneficial to pay the amount due online as a grace period of 1 day is allotted and moreover the Tax Payer does not have to stand in long queues for depositing the Service Tax. Payment of Service Tax Online is a simple 3 Step Process and you for payment of service tax online .
Share !

TENDERS DUE IN NEXT 7 DAYS ( www.pdicai.org)